The most beloved land to Allah Almighty and His Messenger (ﷺ)

Makkah, which is often referred to as Mecca, is a an amazing place to visit for Hajj, on business or a once-in-a-lifetime vacation.  It’s a blessed land and the birthplace of Prophet Muhammad PBUH, and it was on this land that the Quran was first revealed to Prophet Muhammad PBUH. Located approximately 40 miles from the city of Jeddah in a peaceful valley, this is the holiest city in the Middle East.

Makkah is best known as the site of an annual religious pilgrimage known as Hajj and a secondary pilgrimage known as Umrah. Muslim pilgrims come from all over the world to retrace the footsteps of Prophet Mohammed PBUH, and every Muslim is required to make this trip at least once if physically and financially able.

While religious pilgrimage is the most common reason that visitors are admitted into Makkah, the city also receives a healthy number of business travelers each year. Many Hajj and Umrah visitors also participate in some tourist activities before completing their journey, but the religious observation must be their central reason for taking the trip.

Makkah is now home to more than two million residents, but the number of annual visitors can easily double that number. While the city has expanded its infrastructure and developed large hotels, restaurants, shops and luxuries that modern tourists expect, it is still considered a holy city. The modern world has changed the landscape of the city tremendously, but the observance of Islamic customs remains in effect.

Regardless of your reason for visiting, you can now select from massive hotels with elegant suites and on-site restaurants, tea rooms, lounges, fitness centers, business centers and spas. These hotels feature ornamental designs that are purely Middle Eastern and awe-inspiring. While you may want to whip out a camera and capture those images for your loved ones and the rest of the world, however it is forbidden to take pictures of most places within Mecca city limits 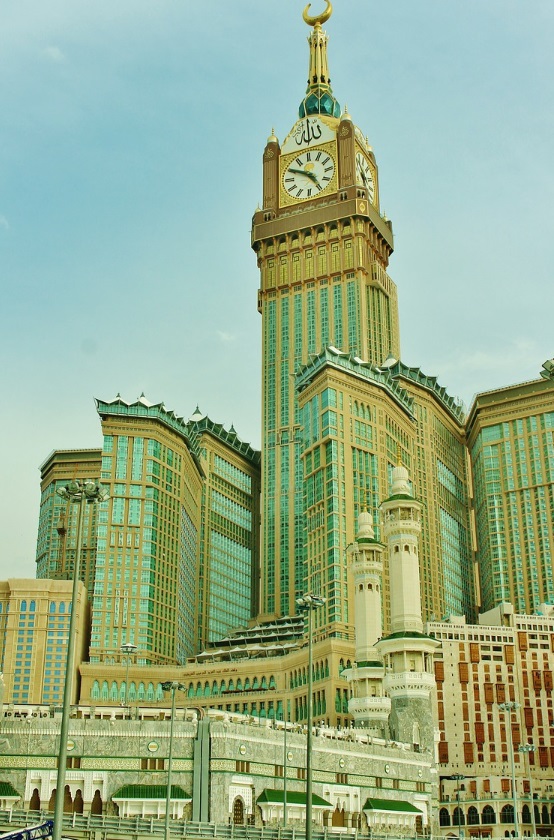 When planning a Hajj or Umrah trip, you’re required to book your accommodations and transportation through a travel agent approved by the government of Saudi Arabia. Your agent should guarantee your accommodation as well as verify a comprehensive travel plan while ensuring that you have the proper entry visa and Hajj permit. With all of these arrangements in place before you depart for Makkah, you’re ensured a smooth trip that allows you to focus on the religious significance of your journey.

While performing the rituals of Hajj and Umrah is the focus of your trip, you may have opportunities to visit additional sites or meet up with friends and family members. Some of the activities that most pilgrimage participants enjoy include buying Zamzam water or possibly staying in the tents just outside of Mecca in the city of Mina. The tents attract many visitors who want to remove materialism and the modern world from their trip, making luxurious hotels undesirable. On the other hand, there are some modern tents that even feature air conditioning.

Those visiting for their personal or business are likely to spend more time touring the city’s religious, historical, and cultural hotspots. This includes the Masjid al-Haram, which is the world’s largest mosque. The mosque is often referred to as the Grand Mosque, especially by visitors who aren’t on religious pilgrimage. Other popular tourist destinations include Mount Arafat, Al Haramain Museum, the Jabal Thawr mountain, the Hira cave, which is reached with a scenic hike.

Regardless of your reasons for visiting, you can look forward to enjoying authentic middle eastern dishes like Kabsa, Yemeni mandi, shawarma, kofta and kebab. The city is also rich with cuisines from other regions of the middle eastern world, thanks to the diverse population that has assembled in recent years. You can now find Muslims in hundreds of countries, and they come together in the city to share their faith.

The key to enjoying your vacation, business trip, or Hajj is detailed planning. It’s critical that you obtain the right entry visa and that you have all necessary permits for the type of trip that you want to enjoy. It also helps if you study the local culture and history of Mecca so that you can interact with locals and other visitors while fully appreciating the sights, flavors and sounds of this holy city.

If you find this website useful or want to contribute towards the development of the project, please consider helping with its production with a donation.